skip to main | skip to sidebar

Katie has been sick this weekend. She is running a fever, runny nose, coughing. Neither one of us is getting any sleep!! She is also having a very hard time walking. I am afraid we are getting closer to using her wheelchair on a more regular basis :-( ~Leah
Posted by Thad Limer at 10:52 PM 1 comment:

I am dying from grief; my years are shortened by sadness. Misery has drained my strength; I am wasting away from within. But I am trusting you, O Lord, saying, "You are my God!" My future is in your hands--Psalm 31:10, 14-15.
This verse hits very close to home. I feel like I am dying, wasting away from within. I feel like most people are happy people who get sad sometimes. I feel like a sad person who gets happy sometimes. I look at Katie and see how sweet and funny she is and how much I love her and then thoughts of what is ahead for her interfere and it breaks my heart. How am I going to survive losing her? I don't know. I am having a very hard time trusting the Lord. ~Leah
Posted by Thad Limer at 1:07 AM 1 comment:

So....I hate all the talk about the New Year. This year will only get worse as Katie gets sicker. She is having a very hard time walking. She told me the other day "her legs are tired and hurt". She walks along the wall feeling with her hands so she won't fall but most of the time her legs just give out and she falls to the floor. I call her my baby giraffe because her legs remind me of a baby giraffe right after they are born. It's so different than Andrew because he was never able to tell us if something hurt or bothered him.
Posted by Thad Limer at 12:26 PM No comments:

Sorry it has taken so long to get an update out after Disney World. When you come back from such a great trip, coming back down to reality can be pretty tough. If you want to see pictures, go to my facebook page. We have 200 pictures so far, and many more to come. Katie got a sonogram done today and it showed that her spleen is much smaller than it was before the surgery. She is not complaining of any stomach pain. She has been fighting off an almost constant stream of upper respiratory bugs. We have also pulled her walker out of the garage and she will occasionally use it to get up and down the hall. She always wants to hold your hand or reaches out for something to hold onto when she walks.
Posted by Thad Limer at 6:50 PM No comments: 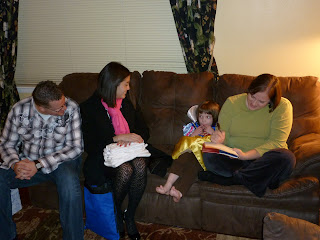 Yeah!!! Katie's wish grantors brought our itinerary for our trip and gifts for Katie and Megan. We are all so excited

Posted by Thad Limer at 9:23 PM No comments:

Katie had another funny thing to say yesterday

Leah was leaving to go take a test at work and Katie threw her usual screaming tantrum because she wanted her mommy. After she had screamed for 30 minutes, she finally calmed down enough so that we could talk. I asked her if she will ever love me like her mommy. And she said, "No because you are more hairy and less lovable."
Posted by Thad Limer at 10:14 AM No comments:

Niemann-Pick was on this week's episode of "Castle" on ABC

I have received a couple of calls and contacts at the Central Offices this morning indicating that viewers of the ABC television program ~ Castle ~ were surprised to learn that Niemann-Pick Disease was worked into the program script on last evenings program.

You may watch the program in its entirely via their web site link at:
http://abc.go.com/shows/castle/episode-guide
The program episode is titled: When the Bough Breaks

It is especially poignant that this mention was made during October as NPD Awareness month ~ when education and awareness into NPD play such a key role for all of our families and children affected by NPD.

Thanks for the updates and happy viewing.
Nadine